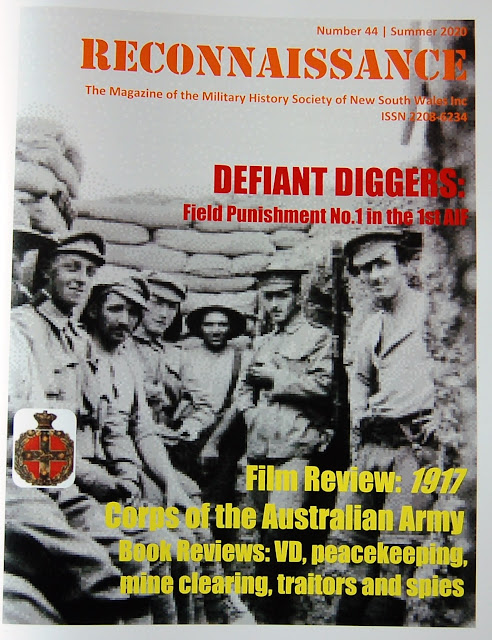 Welcome to the Summer 2020 issue of Reconnaissance, the quarterly magazine of the Military History Society of New South Wales . Australians have long cherished the classic image of the Digger. That dauntless fighter who, combining individualism − boarding on insubordination − with wily resourcefulness, routed the enemy and put docile Tommies to shame. A thread of disputation about the Digger image runs through Australian military history. Part of this focuses on how Australian soldiers accepted or bucked conventional discipline. On one view, the reputation is a myth and Australians submitted to discipline more or less the same way as, say, their British counterparts. Others contend the Diggers were genuinely different, either because their superiors, military and political, understood their egalitarian temperament and handled them differently or because Australians simply baulked at treatment they considered degrading, sometimes violently. We are fortunate in this issue of Reconnai
Post a Comment
Read more 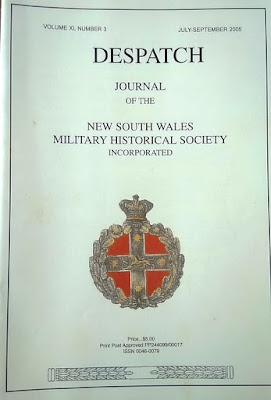 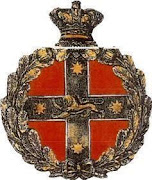 Email: president@militaryhistorynsw.com.au Telephone: 0419 698 783 MILITARY HISTORY SOCIETY OF NSW PROPOSAL FOR RANDWICK CITY COUNCIL’S HERITAGE REVIEW OF ANZAC PARADE Randwick City Council in Sydney is conducting an Anzac Parade Heritage Study to investigate the potential heritage significance of Anzac Parade and has revived a long-forgotten vision to complement the Anzac Parade Memorial Obelisk near Moore Park Road with a memorial at the Parade’s southern end at La Perouse. The Council has invited stakeholders to participate and we are grateful for this opportunity to make a contribution. Historical background Anzac Parade, named Randwick Road before 1917, is particularly significant in the military history of New South Wales since it was the parade route used by Australian soldiers on their way to embarkation for various theatres of the First World War. Surrounded by cheering crowds, on 18 August 1914 troops of the Australian Naval and Military Expeditionary Force (ANMEF) marc
Post a Comment
Read more

By Katrina Kittel In the course of researching my book Shooting Through: Campo 106 Escaped POWs after the Italian Armistice , archival sources helped me to identify approximately 790 Australians who had been transferred from Italy’s Campo 57 to Campo 106 in April 1943. These prisoners of war (POWs) worked rice and maize farms scattered on the Piedmont plain of northern Italy, between Turin and Milan.   POW group at a Campo 106 farm mid-1943 The NSW-raised cohort of Campo 106 POWs comprised about 135 men from city and regional areas of the state. They were from various military units: 32 from 2/13 Battalion, 9 from 2/17 Battalion; 43 from 2/3 Anti-tank Regiment; 16 from 2/3 Pioneer Battalion; 5 from 2/32 Battalion; and 29 from other units.   These NSW men found opportunities to escape - or simply walk out - from Campo 106 farms during their five-month stint as farm workers. Most ‘shot through’ following the 8 September 1943 promulgation of the Italian Armistice. Most headed north; so
Post a Comment
Read more 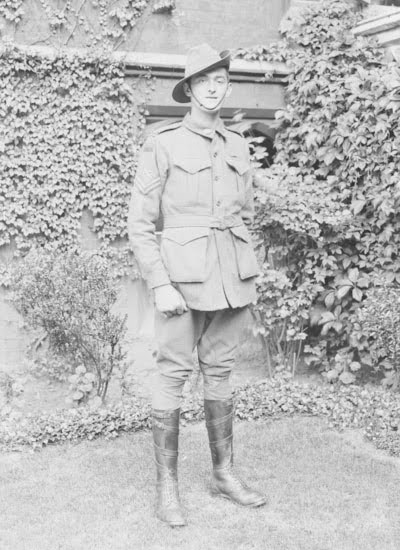 by Geoffrey Ball Three Australian Victoria Cross winners of the First World War, all born in New South Wales, are memorialised in the Eastern Suburbs Memorial Park (Old Botany Cemetery), Matraville, Sydney. Private Thomas James Bede Kenny , died on 17 April 1953, whose burial grave is in the Roman Catholic section of the Park. Lieutenant Joseph Maxwell , died on 16 July 1976, whose ashes are in Wall G of the Eastern Walls Drive (Remembrance Wall). Major Blair Anderson Wark , died on 5 July 1941, whose ashes are in the Columbarium. The Park’s Military Memorial was officially opened on 29 July 2016, significantly on the centenary anniversary of the Battle of Pozieres, by the Chief of Defence Force, Air Chief Marshal Mark Binskin AC. On that day 100 years ago, Australian soldiers of 2nd Division AIF were ordered to take Pozieres heights. The attack commenced at 12:15 am but the Germans were ready, and the attack failed at a cost of 3,500 Australian casualties. In less than sev
Post a Comment
Read more 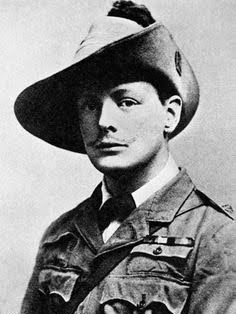 by Geoffrey Ball Winston Churchill during the Boer War There is a historical connection between Sir Winston Churchill and New South Wales. In October 1899 Winston was sent to Cape Town to cover the Boer War as a war correspondent but was arrested by the Boers and incarcerated as a prisoner of war. He managed a dramatic escape and made his way to Portuguese East Africa – now called Mozambique   –  with the help of British sympathizers. He then hitched a ride back to the United Kingdom, aboard a steamer called the SS Induna . It was not long after his arrival back in the UK in July 1900 that he commenced his political life. SS Induna in its prime, around 1900 So what happened to the SS Induna ? Well she was purchased by Burns Phillip and from 1904 to 1920 worked the Pacific Islands. She was captured by the Germans during World War I in the Marshall Islands. After the war, she was purchased by New South Wales Railways in 1925 to join the Swallow as a train
Post a Comment
Read more